»The lyrics are always clear to understand and are an important part in her singing. Her voice is light as a feather, only with a rarely used light vibrato and her phrasing is pure jazz.« 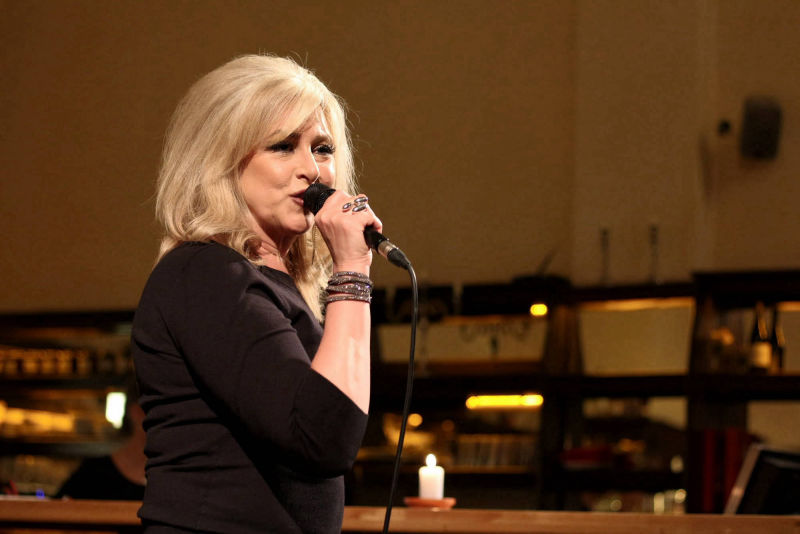 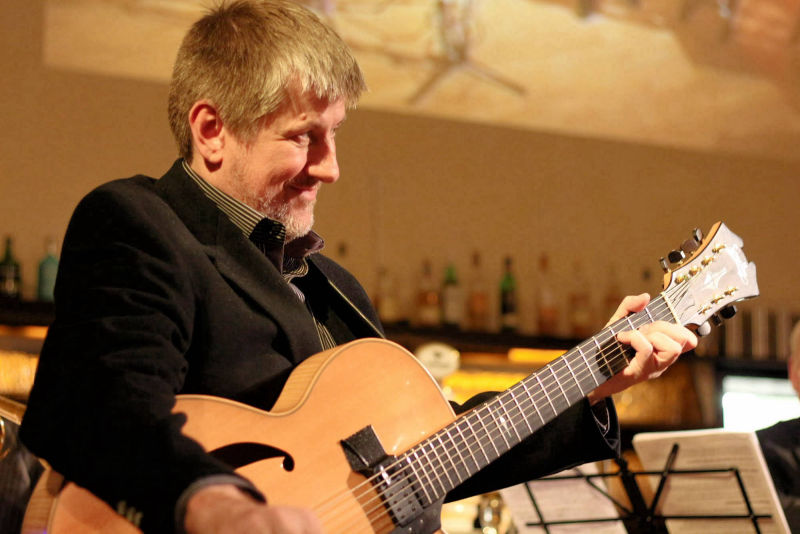 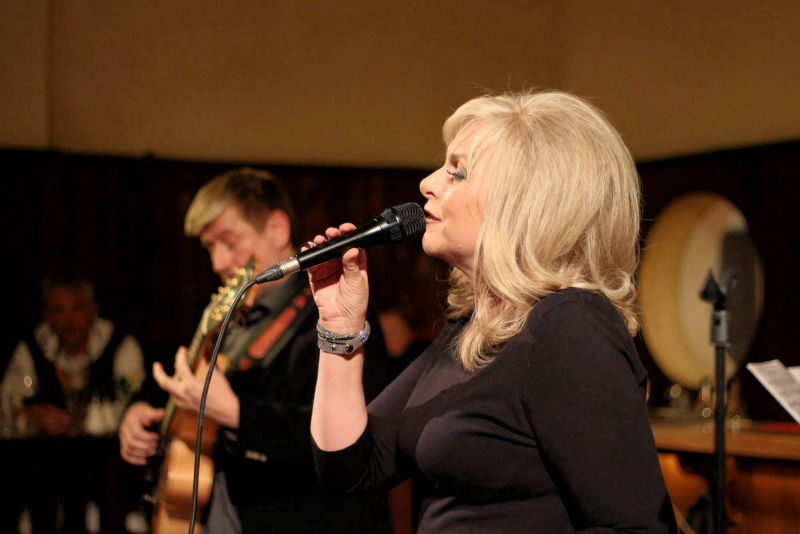 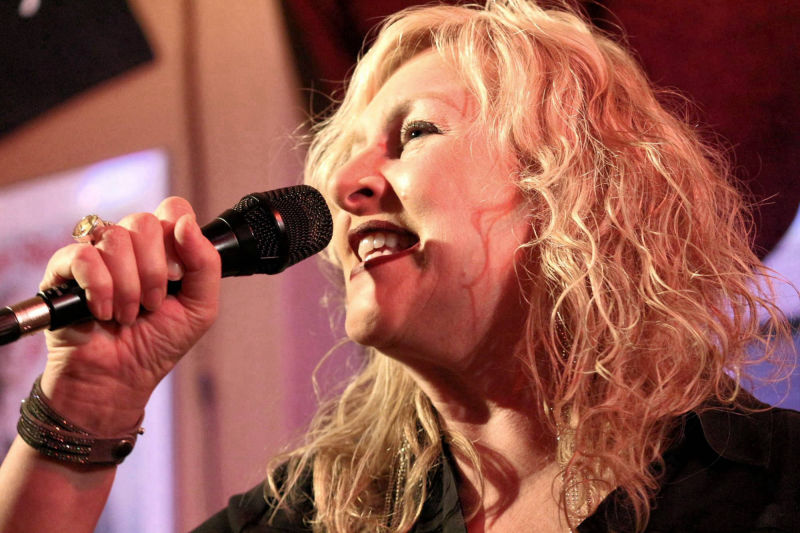 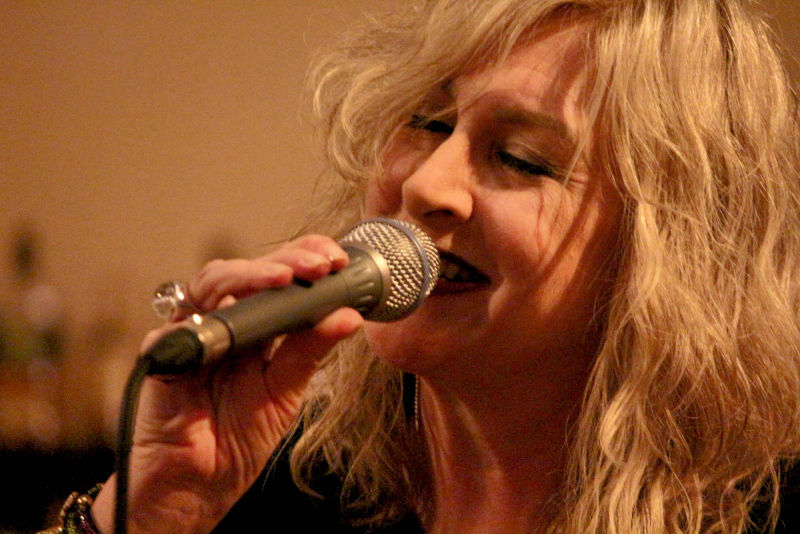 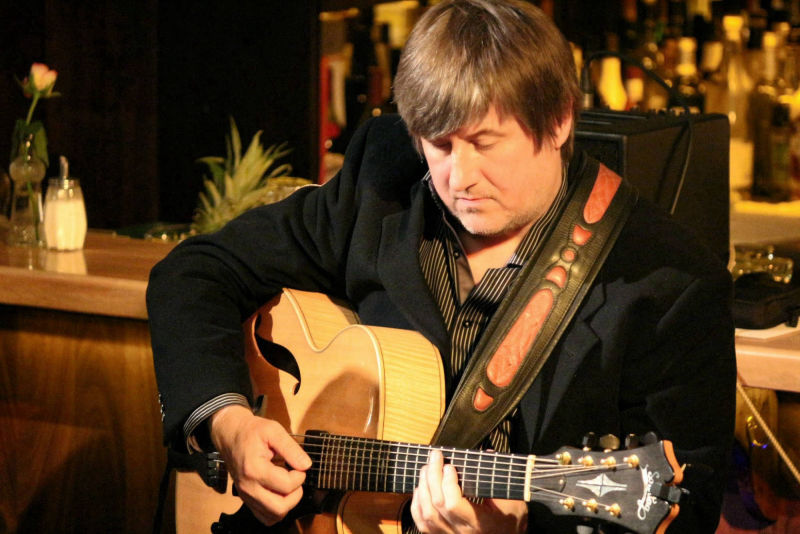 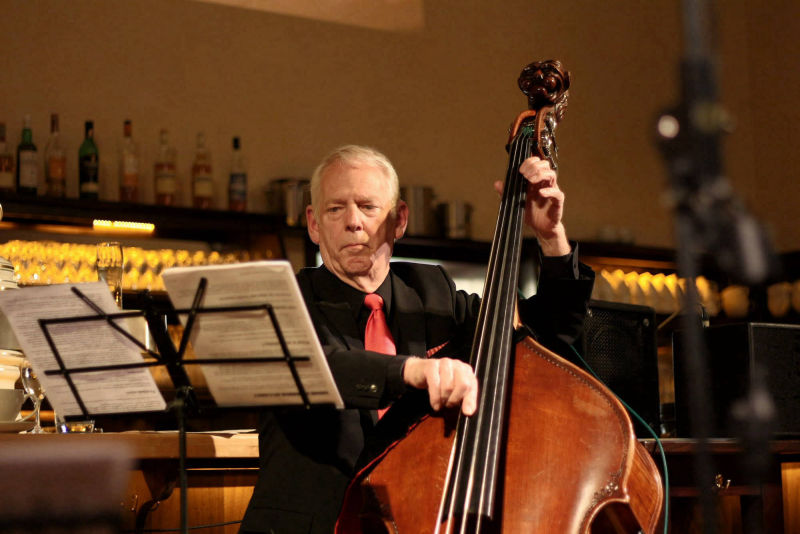 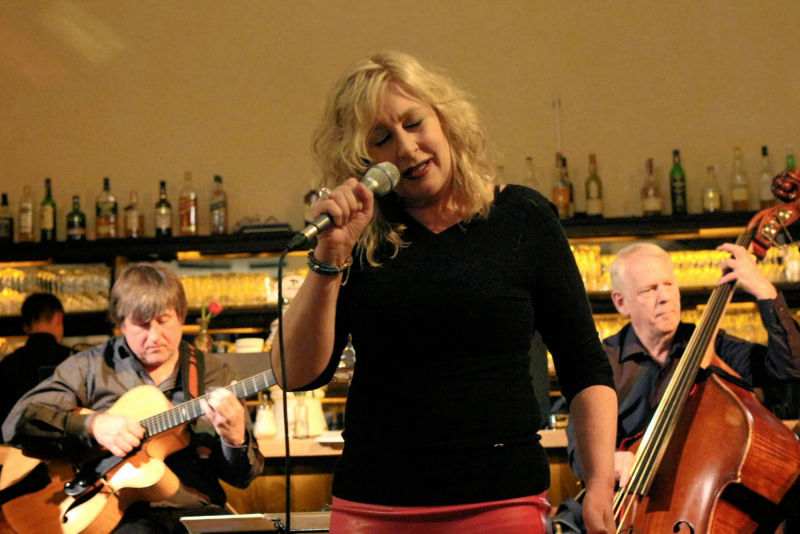 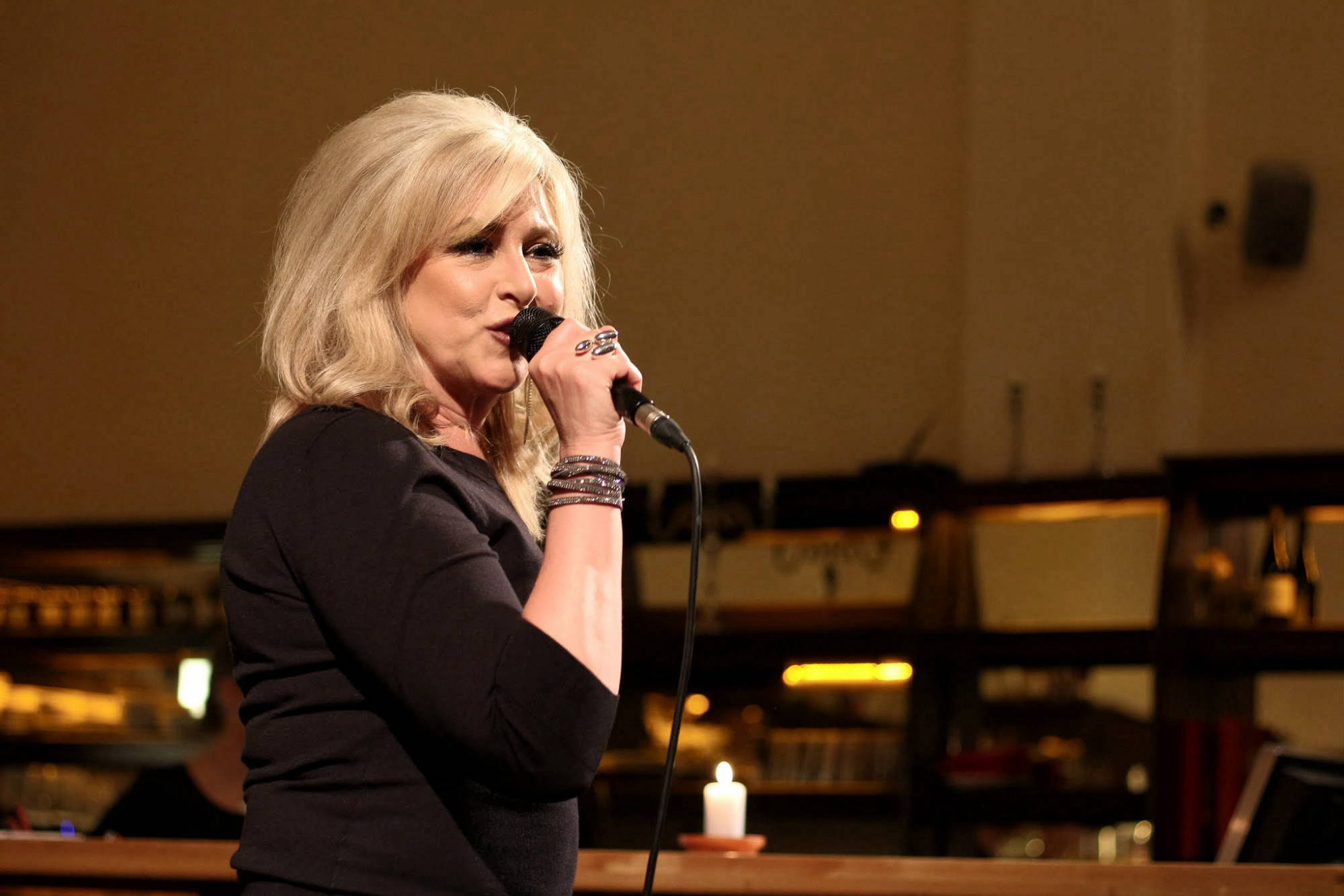 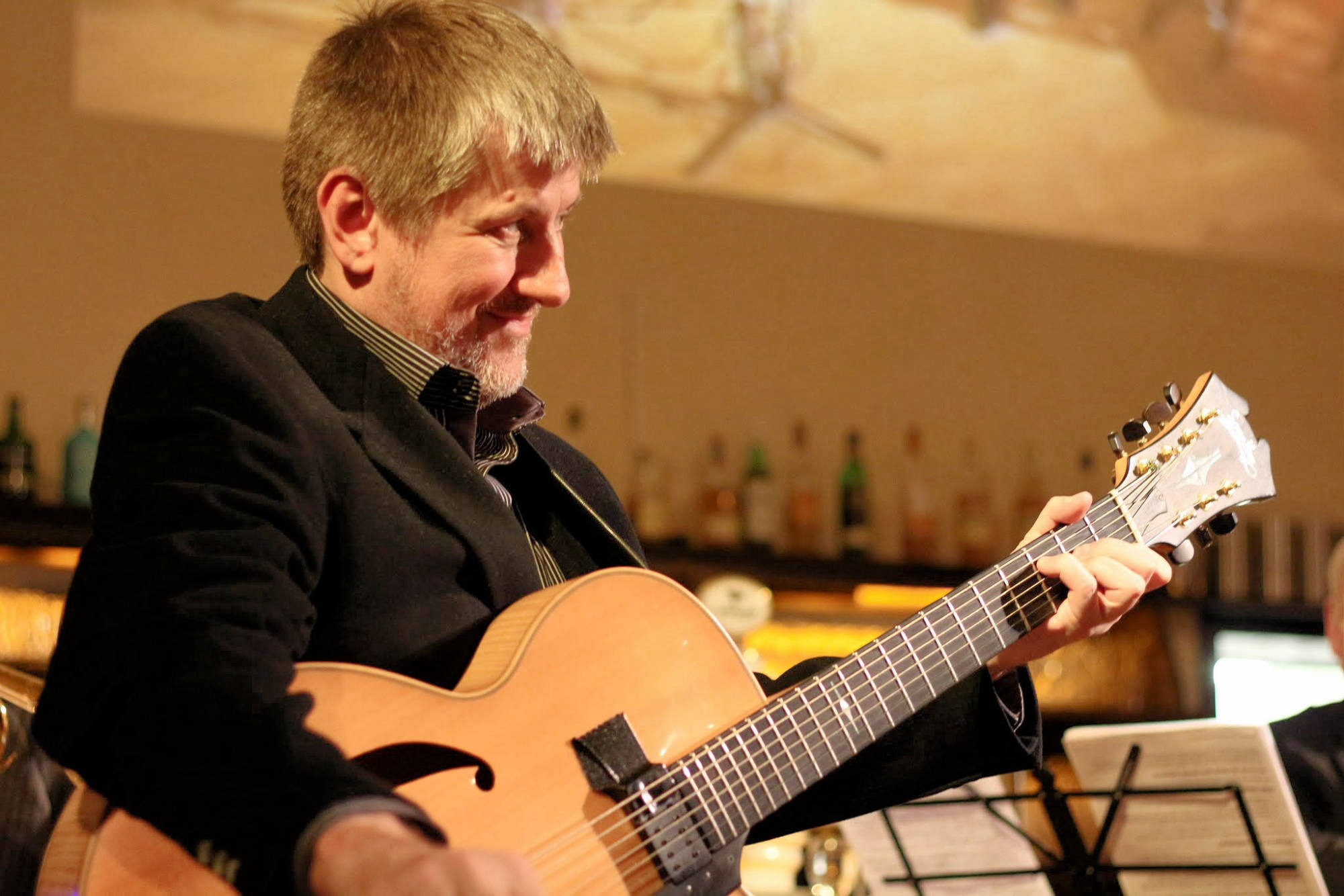 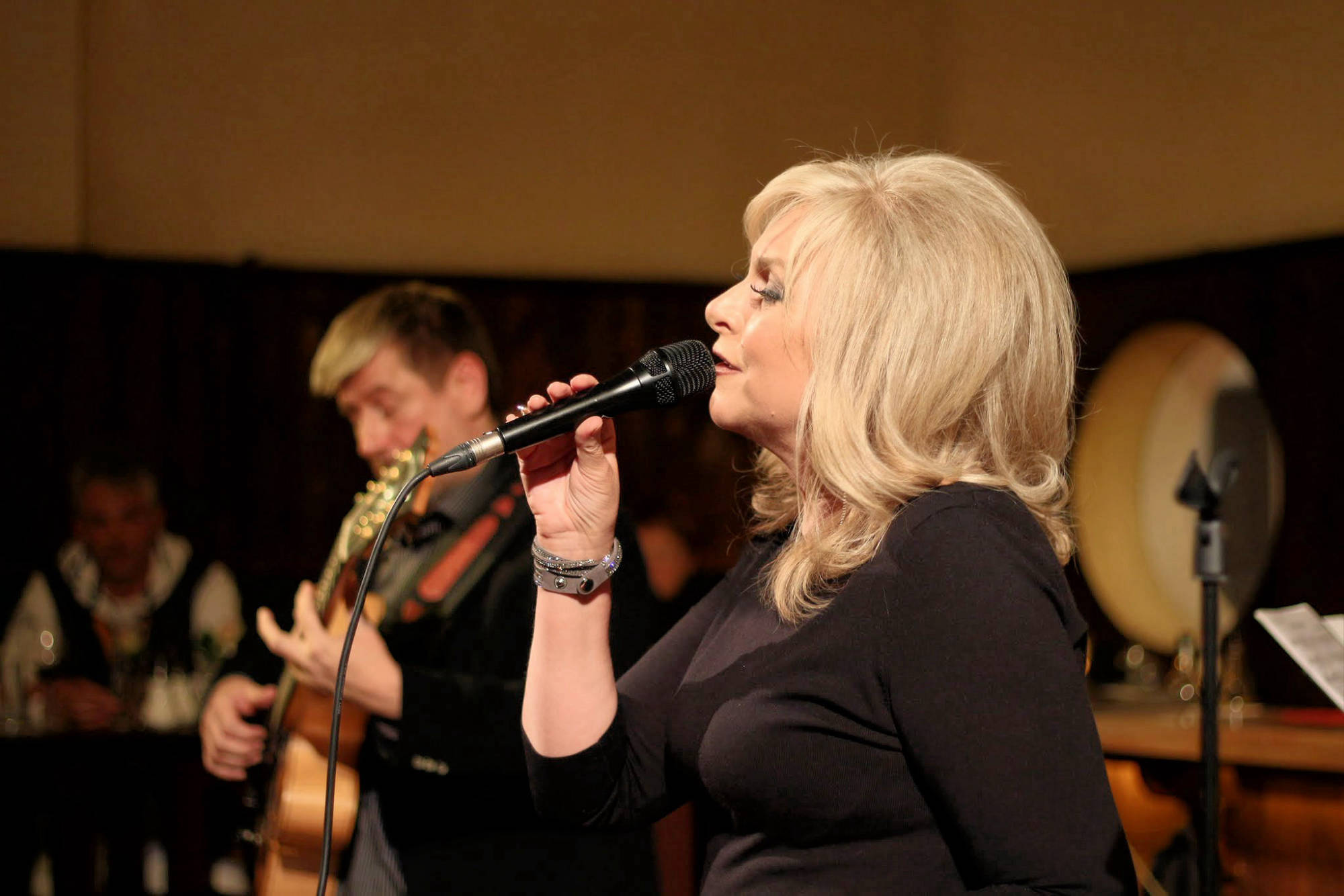 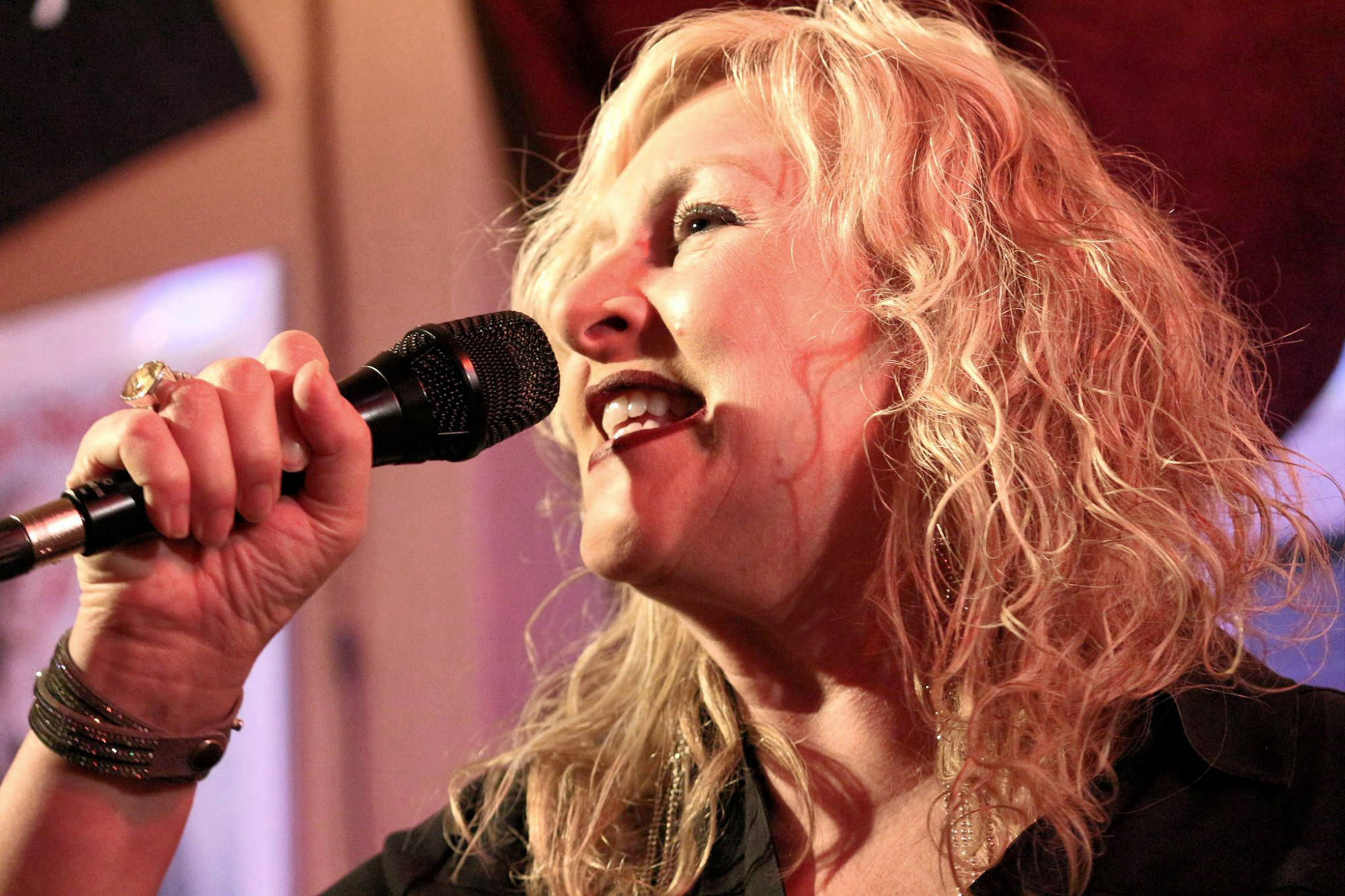 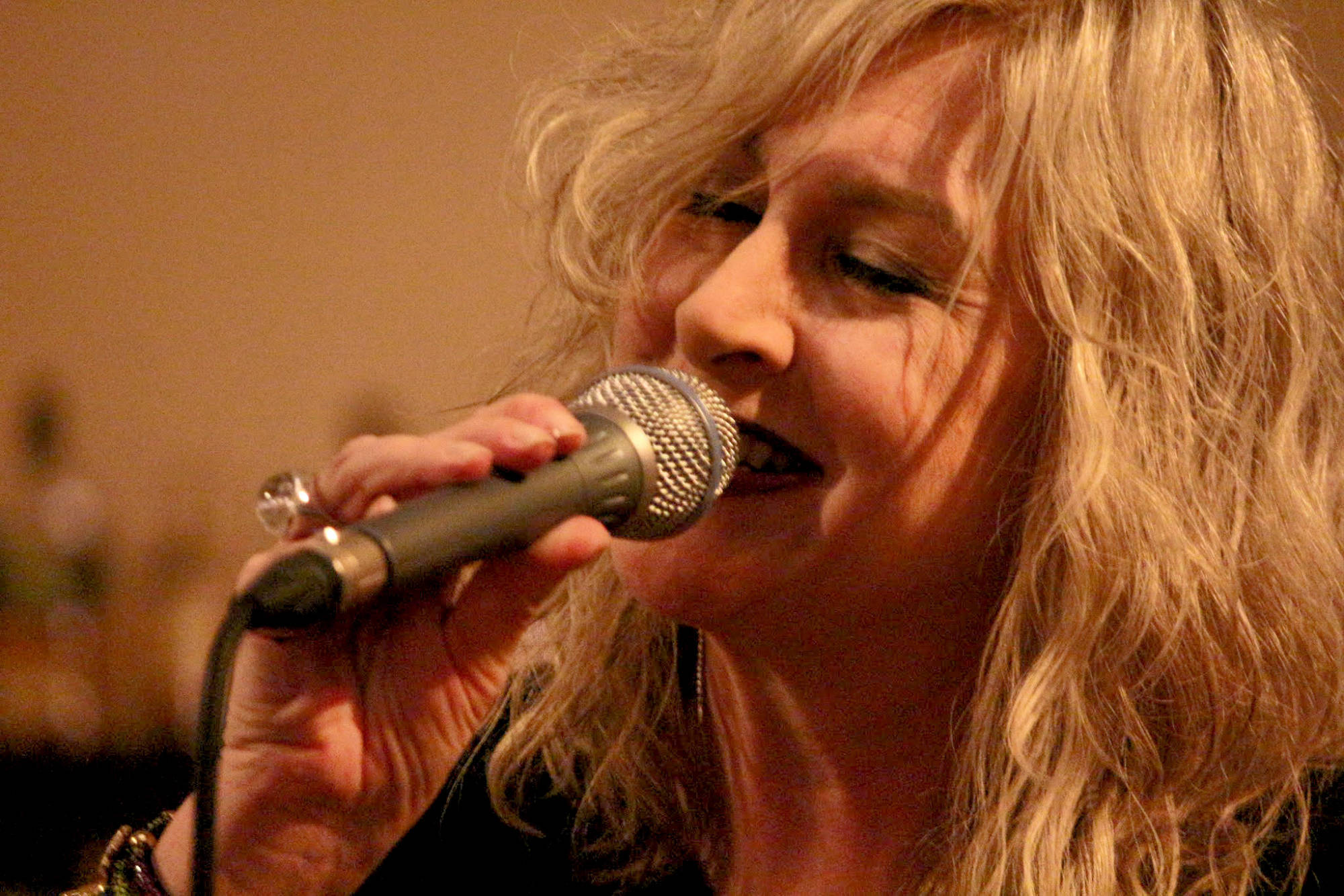 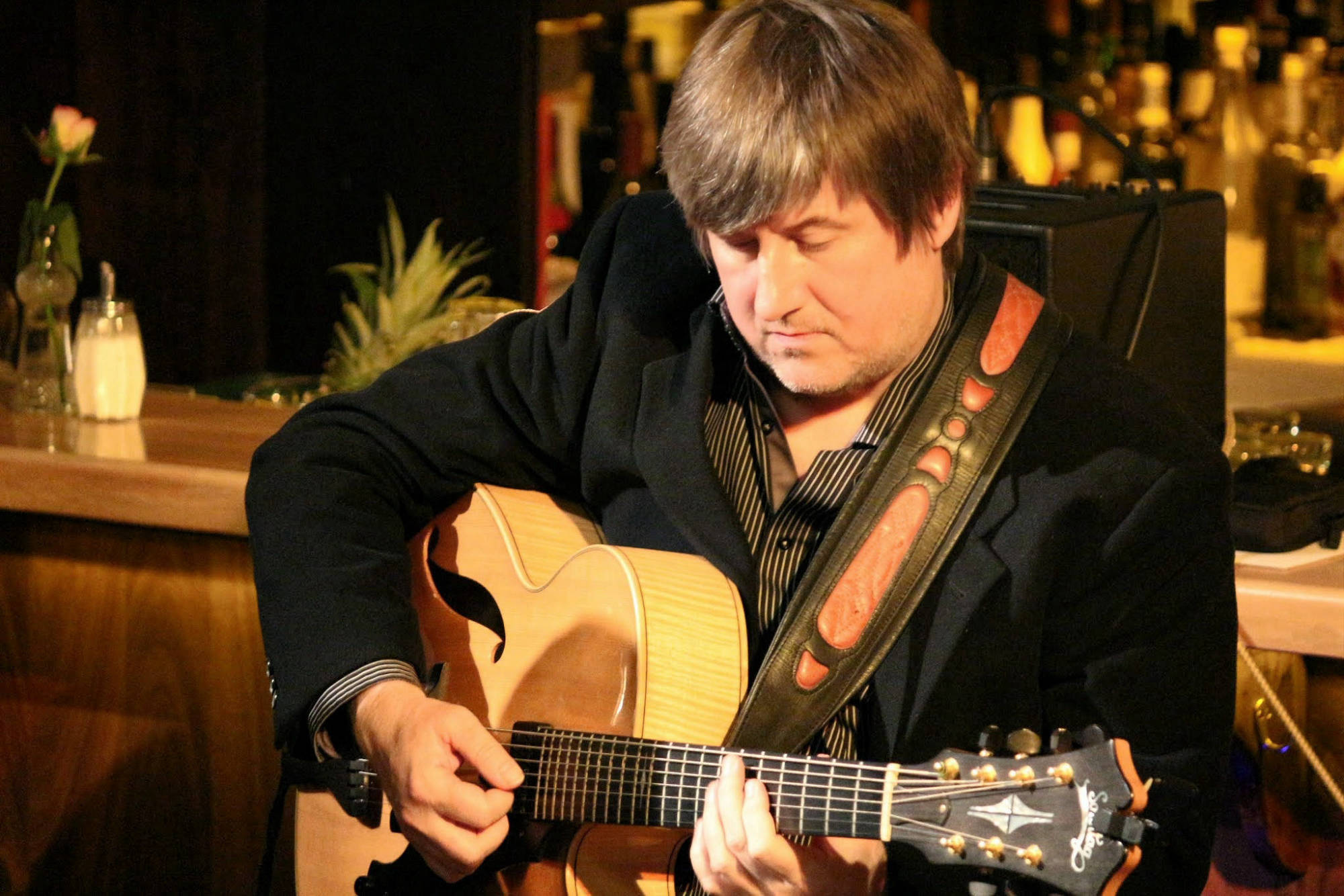 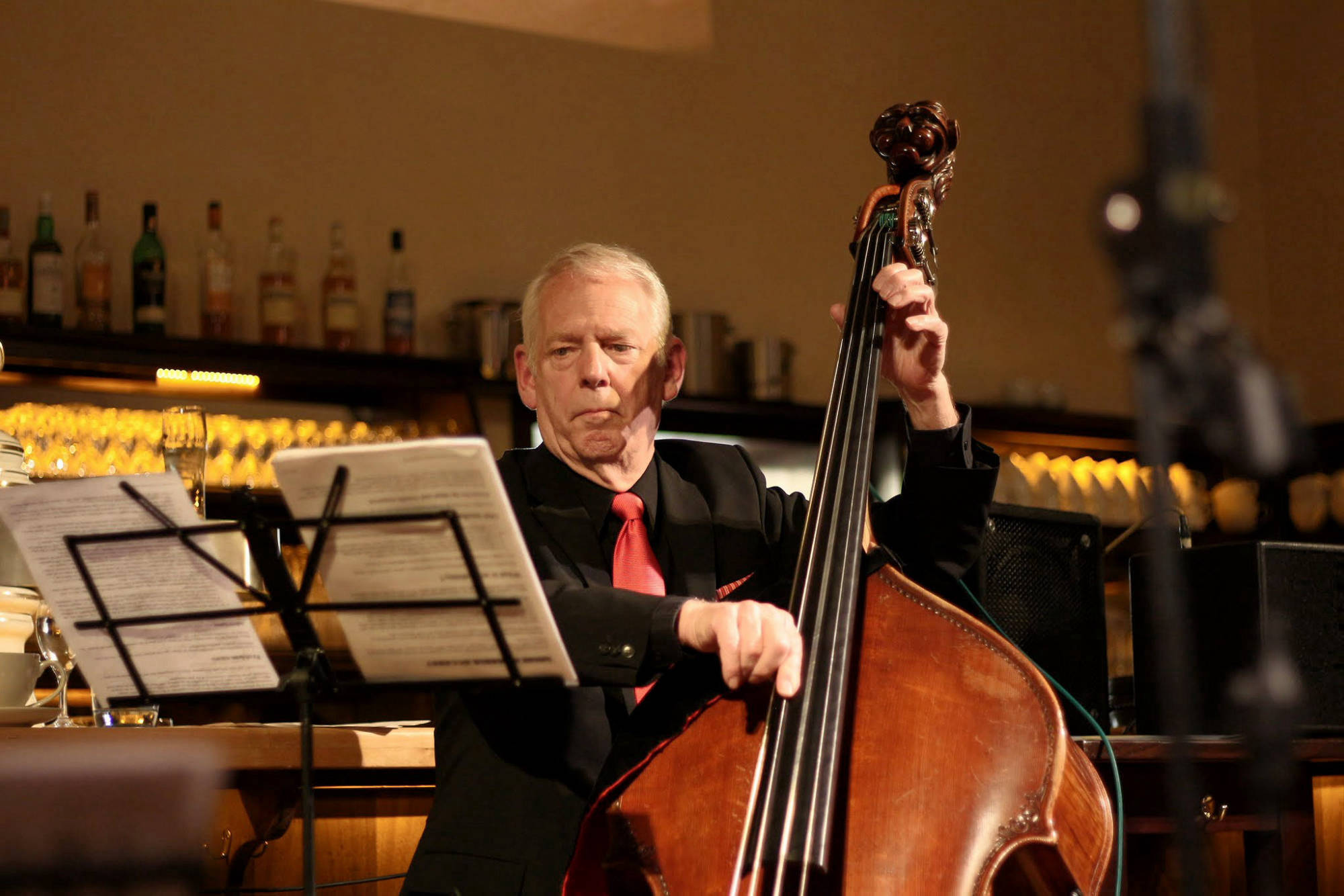 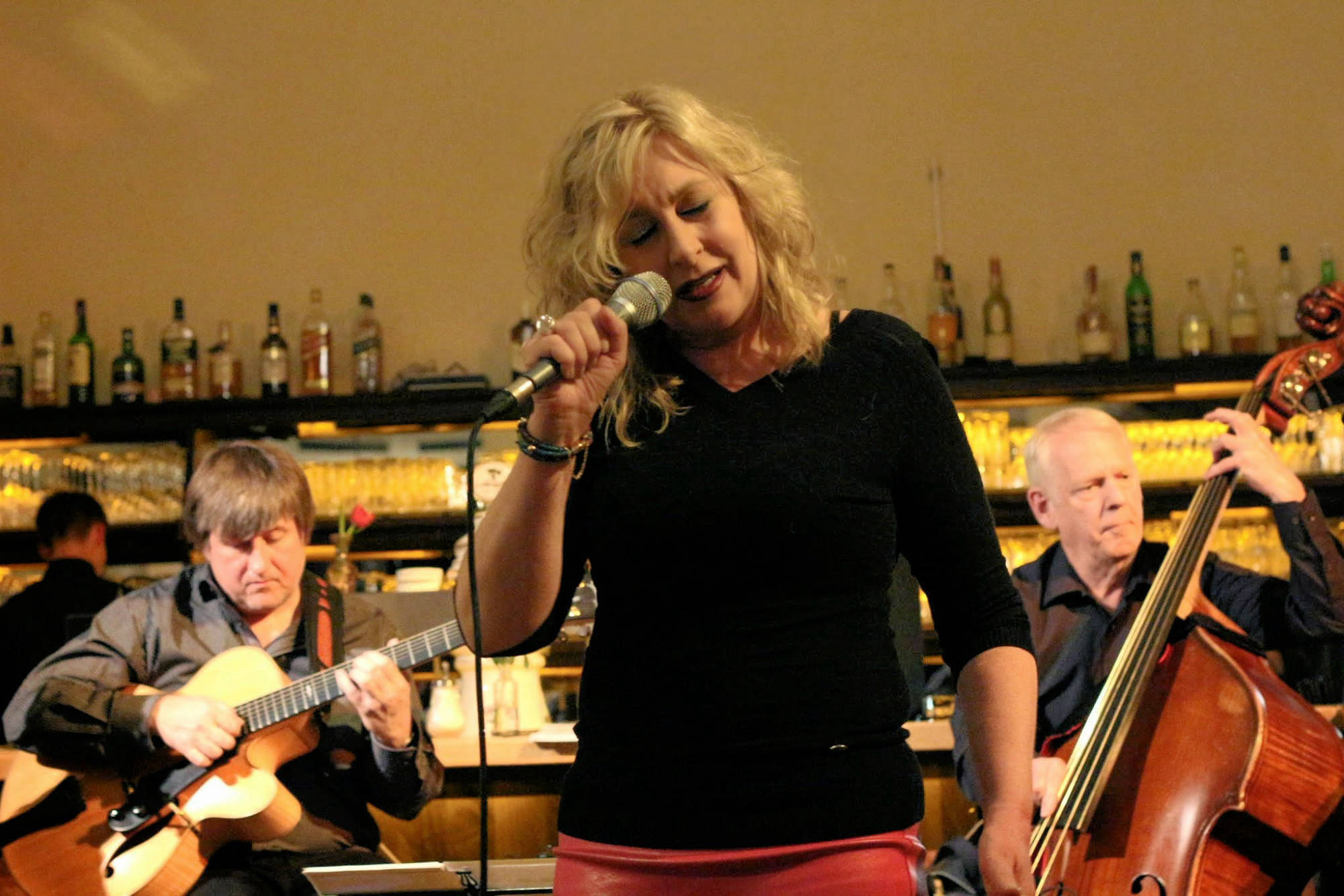 Recordings include: I’VE GOT JUST ABOUT EVERYTHING, IT WAS YOU, MAD ABOUT THE BOY, and DON’T THINK TWICE (soon to be released). She is also featured on several jazz compilations, including the IN LOVE WITH JAZZ series. A celebrated lyricist, Gies had the honor to pen the lyrics and record the music of prolific Brazilian composer Manu Lafer. This exciting new recording WINDOW (“da janela”) has received rave reviews. Sheila Anderson (on-air host, WBGO) writes: “The chemistry and cohesiveness between (Jeanne) Gies and (Howard) Alden is reminiscent of the iconic duo recordings of two greats, Ella Fitzgerald and Joe Pass.”

In 2019 she recorded and published the album “Tomorrow and Today” with the German guitarist Helmut Nieberle of which Dr. Helmut Hein writes “Rarely has music taken me like this at the first hearing; And this impression has not faded even with repeated, almost addictive hearing.”

“The duo of singer Jeanne Gies and 7-string guitarist Helmut Nieberle is the musical marriage of two soulful, sensitive artists, both in full command of their respective crafts. They share a melodic and rhythmic elasticity that allows this batch of classic standards to breathe -- a gift that was given the name ‘jazz’ over a century ago and of which Jeanne and Helmut are top-shelf contemporary practitioners. Most importantly, this is stuff that comes from the heart.”

“The pairing of sultry vocalist Jeanne Gies and the great German 7-string guitarist Helmut Nieberle makes for a fun and tasteful set of intimate music. The interplay between Gies' quietly emotional voice (which evokes the deepest meanings found in the lyrics) with the swinging and sensitive Nieberle results in plenty of musical magic. Highlights of the relaxed yet flawless outing include ‘Crazy He Calls Me’, ‘I’ll Be Seeing You’, ‘If’ and ‘Moonglow’.”

Scott Yanow
jazz journalist, historian and author of the books
“The Jazz Singers” and “The Great Jazz Guitarists”

Some of her albums are featured on Spotify:

Jeanne Gies is currently working on a recording of original music in collaboration with producer and guitarist Sandro Albert. Live performances of her original music are recognized worldwide for Gies’ signature jazz-pop style and engaging lyricism. Gies presides over the singers at the annual Jazz Guitar and Vocal Workshop every spring in Bolzano/Italy with master guitarists Paulo Morello and Helmut Nieberle. This is an incredible creative experience for all involved: Workshop dates for next year at the beautiful Schloss Korb: 14th–18th April, 2020.

»At a time when there are many vocalists who think they are jazz singers, it's great to hear someone who really is.«